The player's Followers are the most important aspects of the game, since especially that the player is the God. There are many types of Followers also. The more you grow and progress as a civilization you acquire new Followers who preform different tasks

Followers are the soul of the game, and the most important one even. Progression, civilization, Age advancement, ability unlocking, or such other related features will simply not be possible without followers.

The first followers, saved from drowning.

At the start of the game, the player is told to save his First Followers, of which then started progression and civilization, by sculpting. 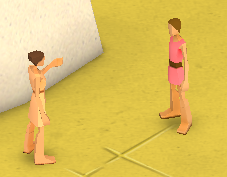 A male and female breeder having a conversation.

Breeders are one of the types of followers that allows the further creation of more followers.

These followers mostly stay inside and pray as a method of offering Belief, but often also go out and camp outside, praise the player when sculpting nearby, or praise the growing Holy Forest.

Builders who built an Abode will then become the breeders of the built abode, and breeders of the abode who once housed the said builders will create replacements for them. 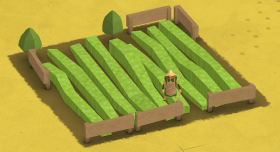 A farmer tending his crops.

After unlocking and squishing abodes into a Farming Settlement, breeders will then produce Farmers.

Farmers are one of the types of followers: they create and/or work in Farm Fields

The farmers then produce wheat

from these fields, which is then essential for building more abodes or re-energizing tired followers once it is unlocked. 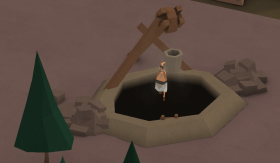 A Miner mining for some ore.

After the acquisition of the Mining settlement, players can then start producing Miners

: they create and work in Ore Mines

The miners then gain ore

from the mines, which is then used for building advanced beacons and the Ark. 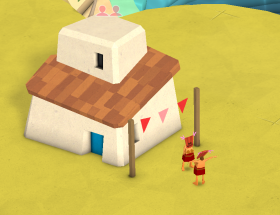 Two Astari Followers near their abode.

Astari Followers are only obtainable by making your followers' happiness higher than the Astari's during their festival.

Astari Followers are only limited to being breeders and builders, and do not work or do anything else until the Astari settlement is either abandoned or destroyed. Afterwards, they act as normal followers do. 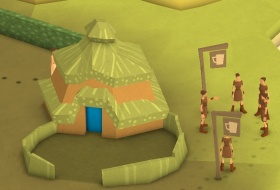 A group of buffers.

The developers proposed a few other special followers that gives you a belief bonus when interacted on a certain way.